You are reading the blog of @PSUStevens. You can reach me through one of the social accounts below. 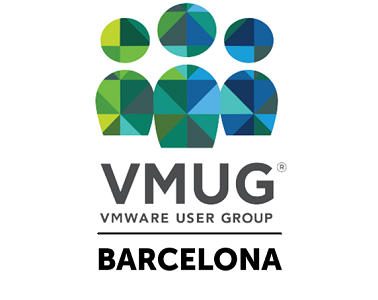 This week I am attending my very first VMworld Europe in, of all places, beautiful, Barcelona, Spain. I’ll write a synopsis of VMworld after it’s over, and I’ll get back to my blogging series after VMworld is over. For this post, I want to cover my first very International VMUG event. Continue reading for my viewpoint of the event.

I didn’t find out about the VMUG until the very last minute. But, once I knew about it, I immediately registered. Overall, it’s not much different than other local VMUG events. Most attendees were speaking Spanish. Surprise, surprise! There were virtualization and VMware fans in attendance, just like other VMUGs. It’s the great people and speakers that you get to network with during and after the event that really makes VMUGs special.

The main topic for this event was about Kubernetes. It wasn’t the same Kubernetes Academy course I attended at the Boston VMUG Usercon. In my opinion, it was much better! The agenda for the day was:

The folks from VMware on the agenda were great. But, I felt Daniel’s session on how to build a Kubernetes cluster from scratch was excellent! He may not have been too happy because the demo gods weren’t on his side that day. But that’s what can happen when you try to do a demo in front of a live audience. I’ve been there one too many times myself. In the end, his “failed” demo was a successful learning experience for all of us in attendance. We saw first hand some of difficulties in building a Kubernetes cluster, and Daniel was a trooper and explained some of the ways to troubleshoot the issues he was running into during the demo. When you go to do this yourself, you will understand.

Daniel and Olive from VMware (I apologize, but I didn’t catch her last name) walked us all through the high-level steps that are involved in building a cluster from scratch. They used a “bootstrap” Kubernetes Cluster (really a single-node Kubernetes cluster) using Kind to create a full-scale Kubernetes cluster in vSphere.

The first step is to get your Kind single-node cluster up and running. Then run a few scripts as outlined in the Kubernetes Cluster-API for vSphere documentation you can build your Kubernetes control plane in vSphere.

I’m jumping past a bunch of stuff, mainly because I took minimal notes, and I had just hopped off a plane from a 7-hour red-eye flight from New York. But, trust me, it will work. Daniel didn’t have complete success that day, but he (and Olive) had done this several times before attempting to it live that morning. I’m sure it was just a fat-finger of the keyboard, which prevented them from having a flawless demo. Anyone who attempts to create their first Kubernetes cluster will most likely run into the same issues they did. But don’t let their small failure hold you back.

The rest of the agenda

After a short coffee/stretch break, the VMware folks took over the agenda.

Next up was Joshua Lory - Senior Director Product Marketing, VMware. He gave a quick 15-minute presentation on VMware Skyline. If you don’t know much about Skyline, I encourage you to check it out. Josh splashed several slides on the screen that showed the savings may customers are experiencing by utilizing Skyline.

After Josh was Scott Lowe – Staff Kubernetes Architect, VMware. Scott is back at VMware after a very short stint in Heptio. Scott covered the 4 Tips on Kubernetes from the Field. They are at a high-level:

Cormac Hogan - Director & Chief Technologist, VMware was next. Cormac always delivers timely material and never disappoints. He covered some quick updates to vSAN in vSAN 6.7U3. Then went on to discuss Cloud Native Storage and how quickly vSAN has matured and been embraced by customers and is actively being used for hosting Kubernetes clusters using the newly released Cloud Storage Initiative Driver in vSAN 6.7U3.

That about sums up the event. I want to thank Barcelona VMUG for hosting the event and providing excellent speakers with very timely content.

If you attended the event and feel I left out some useful nuggets, please let me know. I’ll update the post with any information I receive. 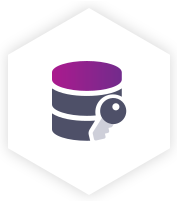 This is my personal blog about technical topics including virtualization, storage, networking, backups, and some random IT stuff that strikes my fancy.